An Appeal on Behalf of the Three Peaks Syndrome Association

Three Peaks Syndrome generally manifests itself in the early days of summer, when in late May or early June, even the most tight-fisted Yorkshire-man may feel an irresistible urge to part with £50 quid and sign up for another year.  Around 650 people are affected annually, mainly in the north of England but it has been known to occur in cyclists from as far afield as Australia.

The secondary stage is acceptance. The patient becomes afflicted with a grim determination to take long bicycle rides over the most unsuitable terrain for cycling. Even the most innocent bike ride may end up as some sort of 'hill-fest' 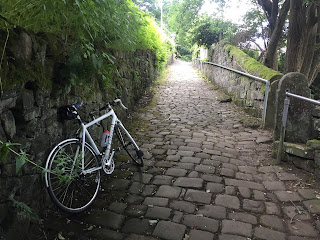 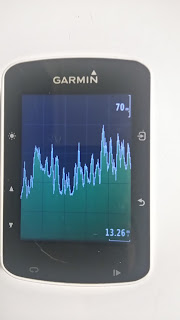 This may involve carrying a bicycle up steep hills, riding down steep rocky paths, carrying a bike up moorland steps and then riding it back down again. Some patients may also choose to run, with or without a bike. It is not uncommon for patients to harm themselves and their bicycles during this period. If a family cycling holiday is planned during August or September, it may be disrupted by odd behaviour such as 'why don't we go this way, away from the road for a bit'. 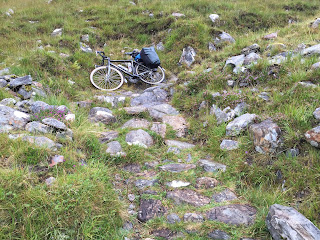 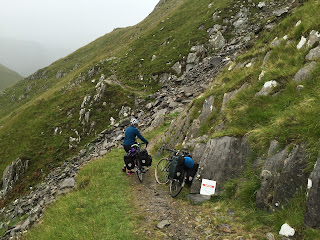 By mid-August all patients will experience nausea in the pit of their stomach, triggered by words such as: Ingleborough, Whernside, Pen y Gent, cyclo-cross. This is often accompanied by obsessive behaviour about tyres, gears, brakes and race day nutrition. Fortunately there are many online communities to feed this obsession, so family members may be spared the worse. 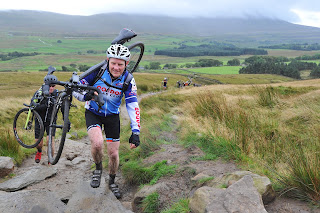 The culmination of the disease is mass hysteria, where all sufferers converge on a small village in the Yorkshire Dales and proceed to ride en-mass along road, tracks and footpaths. Scrambling up the most unsuitable steep slopes, down boggy moorland tussocks and mud-strewn slabs. Their final act is to hurtle down Pen y Gent lane at breakneck speed, only to finish back where they started.

Exhausted but elated, they may celebrate in the traditional way by consuming alcohol and recounting their 'journey' to each other with great detail about their physical and mental anguish.

If you or your family has been affected by these issues, just say NO next year! Our thanks go out to all the organisers, marshalls and mountain rescue staff who look after these poor souls. 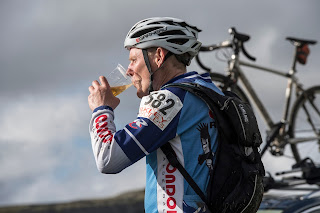