Trigeminal Neuralgia - and the long hard road to recovery

It was raining hard that October morning and the ground was saturated. Even before the cyclo cross race started I was frozen, filthy and soaked.  On a steep technical descent through some trees my wheels started to slide.  Instinctively I released the brakes to regain traction but there was no grip to be had and I found myself careering downhill out of control until, smack! I slammed into an overhanging branch and came to a dead stop, while my bike pinged out from beneath me and cantered off down the hill on its own!


For a moment or two I lay there seeing stars just like a Tom and Jerry cartoon. I tried to get up but my legs immediately buckled beneath me.  My helmet was smashed up and I was feeling way too groggy to drive, but I was uninjured apart from a few cuts and bruises and a sore head. Faced with the prospect of a 3 hour wait I gave up on A&E and went home.  I think maybe this episode started the damage to my trigeminal nerve.


Fast forward to the following spring and I had a rotten toothache. Well sort of. It was partly in my tooth but also in the jaw and nasal area and around my eye socket.  I went for a check up but the dentist said I was fine.  It didn’t go away. I went back and my dentist said maybe it was a nasal infection.  A few weeks later it cleared up.  Then the following spring, exactly the same experience, but a more intense pain that came at random, and every time I ate something or brushed my teeth.  Back to the dentist, still nothing wrong.  Meanwhile the pain got worse and more frequent.


The pain intensified and seemed to spread, starting around my nose or near the roots of a tooth, or right in the back corner of the jaw where you get an injection for dentistry.  It was like having an injection, but with a big jumbo size needle lasting for a few minutes, or having a bare electric wire stretched across your face. This went on for a few months, and then just as suddenly disappeared.


I told myself that maybe it was a nasal infection of some sort, or bad hay fever? In February 2011 it was back with a vengeance. The pain was unbearably intense. Each attack left me shaken, with tears of relief rolling down my face as it ended.  As well as eating and brushing my teeth, talking would sometimes trigger an attack.  It could happen in the middle of a phone call or a meeting, with me wincing and gurning to try and carry on as normal! I felt embarrassed and wanted to minimise the chances of an attack so I started to withdraw from colleagues and friends and worked through lunchtimes to avoid eating.


It was getting worse rather than better.  I was starting to worry that maybe it was something serious. The internet is a wonderful tool way to scare oneself to death! Brain tumour, multiple sclerosis, frightening!  Then I spotted ‘Trigeminal Neuralgia’ (TN) which most exactly fitted my experience. The more I read, the more I realised that this was probably what I had.


TN is dubbed ‘The Suicide Disease’ because the pain is so unbearable, commonly described as‘the worse pain known to man’, and yes ladies, worse even than having a baby according to female sufferers! It is most commonly caused by a blood vessel on the surface of the brain looped around the Trigeminal Nerve (which runs from the base of the skull in three branches to the head, face and lower jaw) and wearing out the protective sheath that covers the nerve.  When it wears through, the pain starts, when it repairs itself the pain goes away for a while, sometimes months or years, and then the protection wears out again and the pain returns. Once it starts, it usually gets worse and more frequent over time, and never gets better on its own.  This is classic TN, but there are other nasty variations bringing chronic pain and misery. Conventional painkiller tablets have no effect as the pain is caused by the nerve itself. 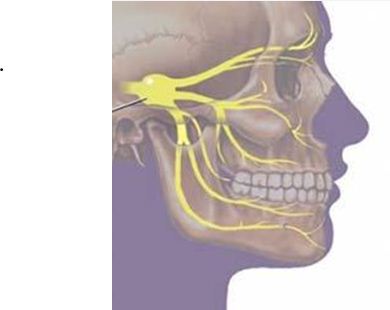 TN is estimated to affect around 60,000 people in the UK although it is often misdiagnosed as dental pain or stress, and people can suffer unnecessary dental work or simply be dismissed because a GP can find no symptoms to treat. Many people suffer for years without a correct diagnosis because there are no outward signs and GPs rely entirely on patients to describe the symptoms.  Patients are lucky if the GP has heard of the condition although awareness is increasing.


I was lucky, and my sympathetic and knowledgeable GP initially prescribed amitryptelene, which can be effective in ‘damping down’ the raw nerve that causes the pain.  It had no effect (this non-effect is sometimes used as a test for TN).  Next was Gabapentin (trade name Neurontin), which is often given to reduce pain following surgery.  This was great, eliminating all aches and pain so I could cycle up the steepest hill with no pain whatever in my legs, but my TN attacks became less frequent but more intense and long lasting.  This drug makes you slightly euphoric, with the memory span of an absent minded goldfish. I was off work and unsafe to drive a car.  I had to write lists for every simple daily task as I couldn’t remember anything, and would set off somewhere only to forget where I was going or why! After 2 months on the gabapentin I was also given Carbamazepine (Tegretol), which is the best drug for ‘classic’ Trigeminal Neuralgia, and referred to a neurologist.  Within a few more weeks I was pain free but taking a cocktail of Gabapentin and Carbamazepine.


The drugs are anti-convulsants that work (I think!) by planting themselves in your blood stream and interfering with the signals between the brain and the nerve to stop the pain signals from being transmitted. This would be fine if it was selective and only worked on the trigeminal nerve, but of course it doesn’t, it impairs all sorts of signals to the brain.  To me it felt like every thought was going the long way round. I struggled to remember names, couldn’t keep up with conversation, and really had to concentrate hard to watch TV or listen to music. Every task required full concentration and left me mentally exhausted.  Miraculously I managed to stay at work most of the time but my abilities were seriously impaired and simple e-mails and reports were taking hours instead of minutes.


I wasn’t safe to drive a car and my absent mindedness resulted in writing yet more endless lists to try to remember everyday things. This is the reality for many TN sufferers. If they get diagnosed correctly they are put on drugs that leave them stupid, and over time have to take bigger and bigger doses to ease the pain.  Jobs are lost, relationships end and any quality of life can quickly deteriorate. A very tolerant employer and family have put up with my misery and incompetence!


I was given a MRI scan. The scan was ‘inconclusive’ but passed to a surgical panel for expert review.  Months passed and I heard nothing.  I think when people say ‘hear within 6 weeks’ in the NHS they actually mean 6 months! In January 2012 I met a neurosurgeon and he said I appeared to have a compression that could be resolved by surgery and I should hear in about 6 weeks.  More months passed as my scan was supposed to be reviewed by a radiologist.  I was finally booked in for surgery in January 2013.


The surgery works by drilling a hole through the skull, finding the offending veins and putting in some protective Teflon between them and the nerve. It is simple (in principle) but of course everything is done at a microscopic scale and (although it is becoming more commonplace) only a handful of surgeons in the UK have the skills and experience to do the procedure . As brain surgery goes, it is fairly low risk as it is only on the surface and not inside the brain. 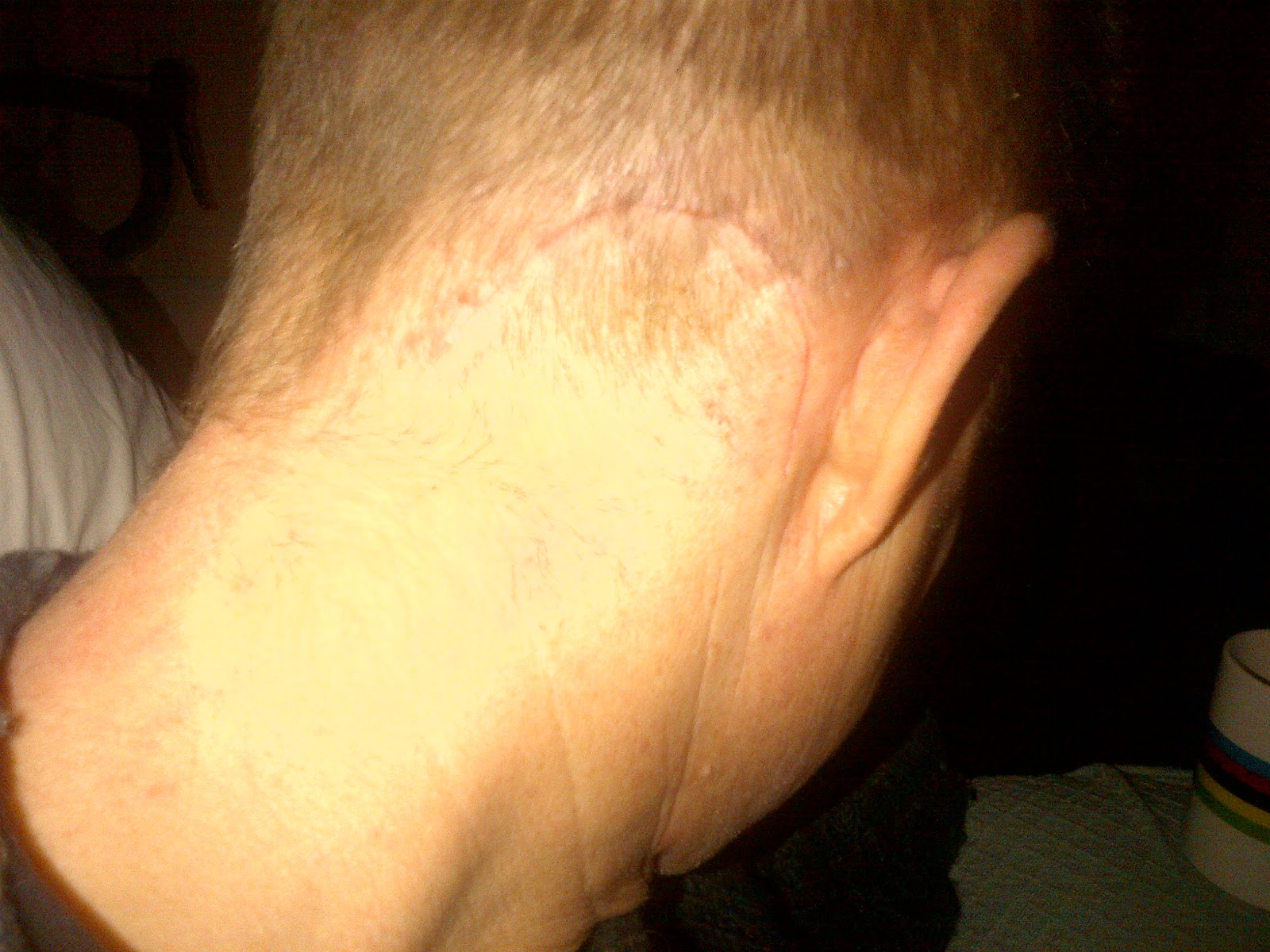 Recovery requires lots of rest and time. It just can't be rushed as surgery and anaesthetic takes its toll on the body. Six weeks later I was back at work, pain free and with only an odd haircut, slight dizziness and a small scar to remember the experience by!  After 3 months I’m almost fully recovered and starting the long road back to cycling fitness.


This could all have been a very frightening, hopeless and frustrating experience but a small charity, the Trigeminal Neuralgia Association (www.tna.org.uk  Tel: 01883 370214) were able to give me advice on treatment options and the comfort of an online web forum and telephone helpline operated by fellow sufferers.  I am looking forward to a ‘normal’ life once more!